The Long Way to Get to Nida

Imagine a place, right in the middle of Europe, where the sands of time have buried fishing villages under great dunes. Sahara-like landscapes a stone’s throw from the border with a Russian oblast, on the coast of the Baltic sea. Wooden villas once inhabited by literary writers like Jean Paul Satre and Thomas Mann, carved with traditional pagan symbols.

Once the idea has you hooked, you might take a comfortable train from Vilnius to Klaipeda, the nearest port city to this world heritage site, or in my case risk DVT on a cramped minibus from Riga. From there, it is actually pretty straightforward to get across the Curonian lagoon, but I took a bit longer than expected.

How to get to Nida the long-winded way

The plan: From the Klaipeda bus or train station, walk south until you reach the river, then follow it west. It takes you past these pretty buildings to the Old Castle (Senoji perkėla) ferry terminal.

The ferry’s best luxury features are its unsheltered wooden benches, but it does its job and gets you across the Curonian lagoon in 10 minutes. Catch the bus to Nida,  and your journey complete in less than 2 hours.

You choose to take the bus instead because a couple of Austrian retirees are heading there too and they want to go with you. Taking pity on their tired legs turns out to be the first of several mistakes. After 20 minutes, wonder why you haven’t seen the lagoon yet.

READ  5 Activities to Consider Trying on Your Travels

Corrective measure: Ask a young bus passenger where to get off (in English, to add to the cringe factor), to which she answers ‘the next stop’. Walk 15 minutes to the New River ferry terminal (Naujoji perkėla) and feel relieved when you see the signs you’ve been looking for. Cars use this terminal but as a foot passenger, you pay the same price as you would at the other terminal.

When you get to the other side, walk to the main road, and follow the road to get to the bus stop, which is a 10-minute walk inland. Take any bus that comes along (including those that go to Kaliningrad) and ask the driver (in Lithuanian or Russian, obviously) to take you to Nida for 10 Litas, which is the usual fare to get there.

You’re not sure where the said bus stop is. Your companions throw in the towel after they fail to bargain with a taxi driver who wants 60 Euros for the 40km ride. They reckon you cocked up and head back to the mainland. Rain starts to fall and the next scheduled Lithuanian bus is in 2 hours.

Corrective measure: Follow the bike trail that heads north, then the edge of the tarmac to get to the old terminal. In the meantime, try not to get run over.

You reach the old Smiltyne ferry terminal after 45 minutes soaking wet and wonder aloud if any place could be less welcoming. If you’d stepped off the boat here, there is only an empty car park and a bus shelter with smashed panels. You spot the tram to the marine park, but it doesn’t look like it’s going anywhere at all. Turn around to see the city you left behind; the romantic sight of a container port greets you.

READ  The Hill of Crosses: Getting There the Cheapest Way

Get out of the rain and share the bus shelter with drunk Lithuanian men who ask how much a prostitute charges in your home country… in front of their girlfriends. Use your street smart to deflect their questions for 20 minutes. Heave another sigh of relief when they catch the ferry home and hope the Austrians you left behind don’t meet them.

70 minutes pass in a blur, like the sand dunes and conifer forests outside your window. Knowing that it terminates in Nida, you’re not too anxious to get off when it reaches Juodkrante and Pervalka. Smile, forget the lack of partying and the expensive food, and think once again about the things you’d planned to do there.

Like watching the sunrise from the Parnidzio dune and sundial. 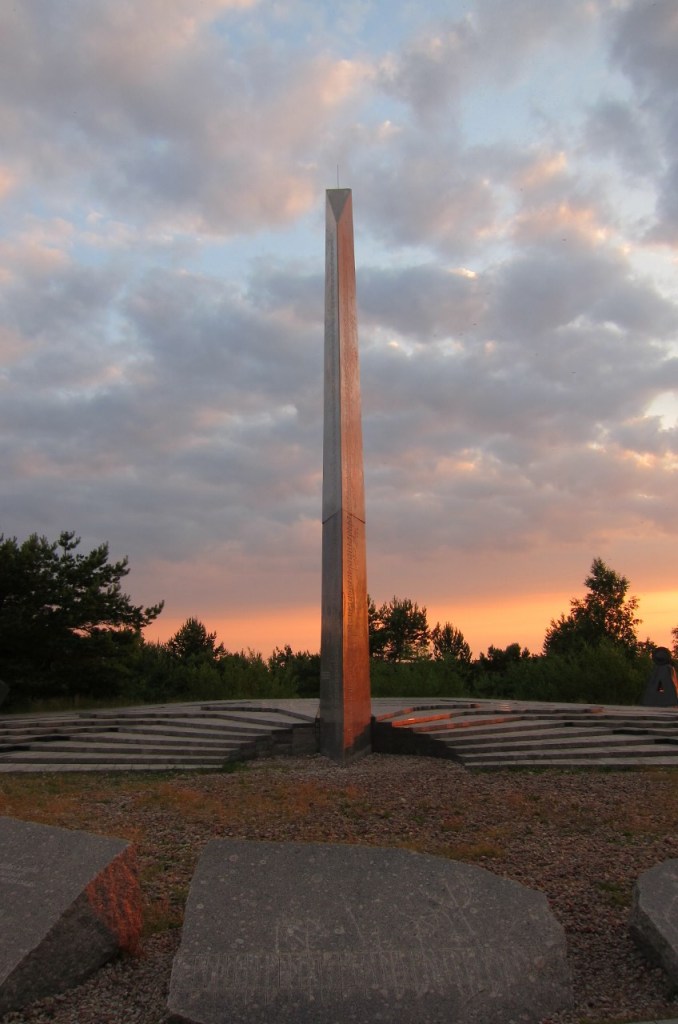 Exploring the architecture and symbols of this fishing village on a bicycle.

Frolicking in the sea on either side of the spit.

And getting as close to Russia as a Singaporean can without a visa.

You’ve made it. Enjoy a well-deserved break from the city bustle.

« A Baltic Midsummer, Part 3: Dzeguzkalns » The Top 5 Things to do in Christchurch