Can a Dolphin Encounter be Ethical and Fun?

I’m filled with apprehension as I write this post.

I hate seeing marine mammals swim in circles and perform tricks in featureless aquaria. They are not made to be confined in featureless aquaria for our entertainment. Some might say we are meant to subdue the creatures of this earth but I don’t see any other benefit that this practice brings us.

Yet, on both my visits to Kaikoura, New Zealand, I enjoyed partaking in what some might call animal harassment. Three boats from Dolphin Encounter would find a pod of dusky dolphins and drop paying snorkellers in their path up three times a day. Do the dolphins have any say in this? I’d like to think we didn’t corner or lure them (like we did with the sharks), and they didn’t swim away either.

They could have ignored us and carried on swimming, but the signs pointed to their engagement with the humans in their midst. 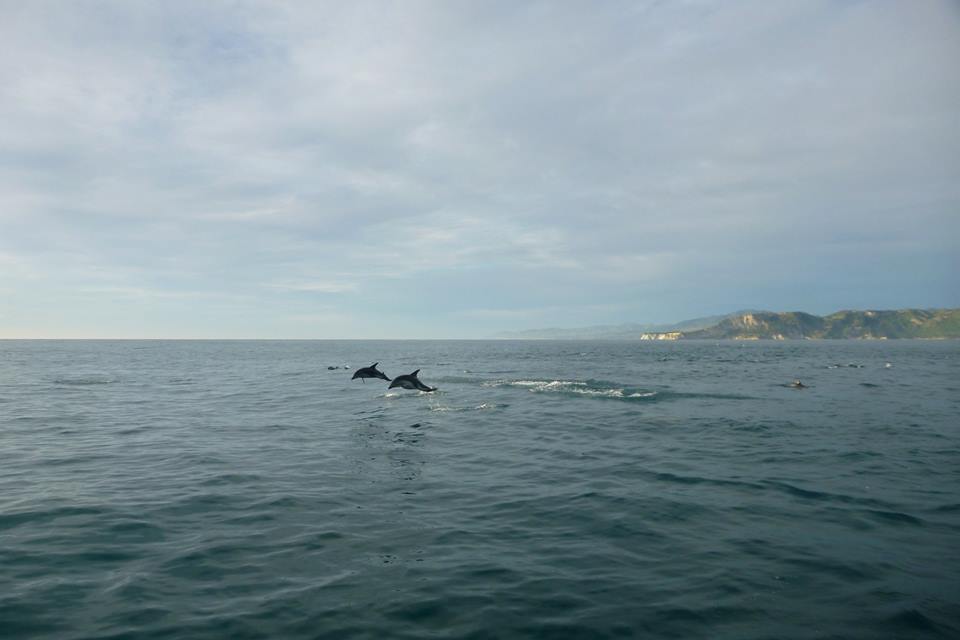 Most people on tours involving bottlenose and common dolphins would’ve been pleased enough to motor alongside a pod and see them surface to breathe. These “duskies” were on another level altogether – dolphins were leaping, somersaulting and tail slapping all around us. 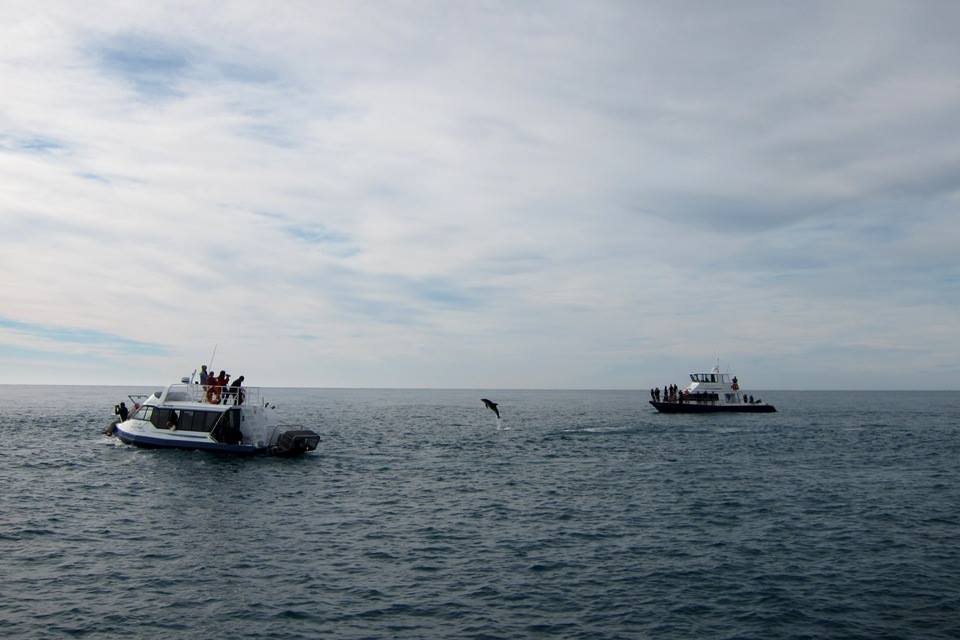 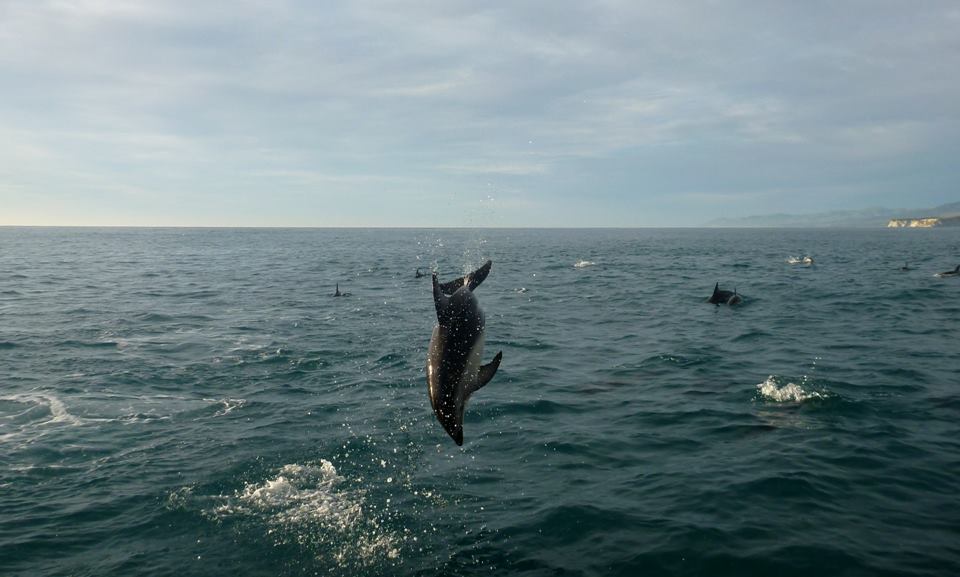 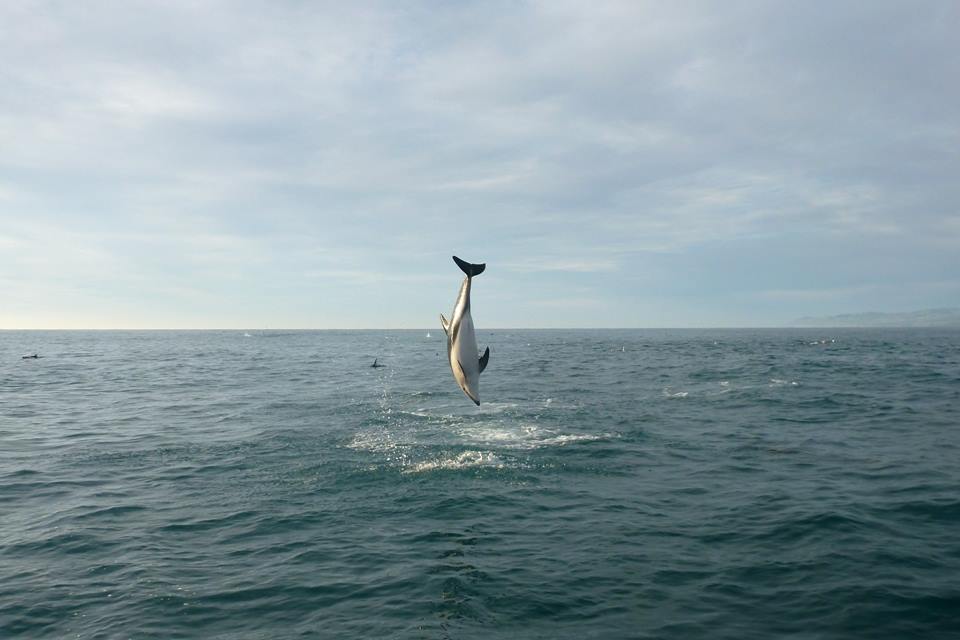 Under the water, the dolphins seemed even more numerous despite the middling visibility. We had been briefed before the trip not to touch them and to forget about re-enacting scenes from The Whale Rider. That did not restrict us from free-diving, swimming in tight circles and singing – things that would supposedly raise their curiosity.

Humming a tune while gagged with a snorkel produced the weirdest noises, but it worked a treat; a couple of individuals circled under me and cocked their heads as if to look at me in the eye. Try not to practice it on dry land though unless you want to die of embarrassment.

READ  How Climate Change Has Ruined Glaciers for Everyone 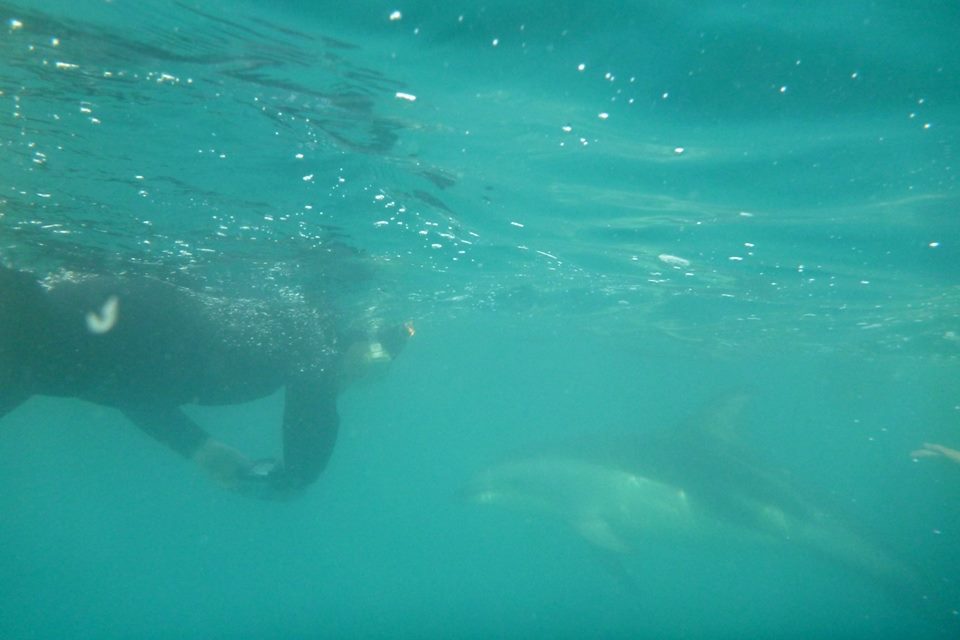 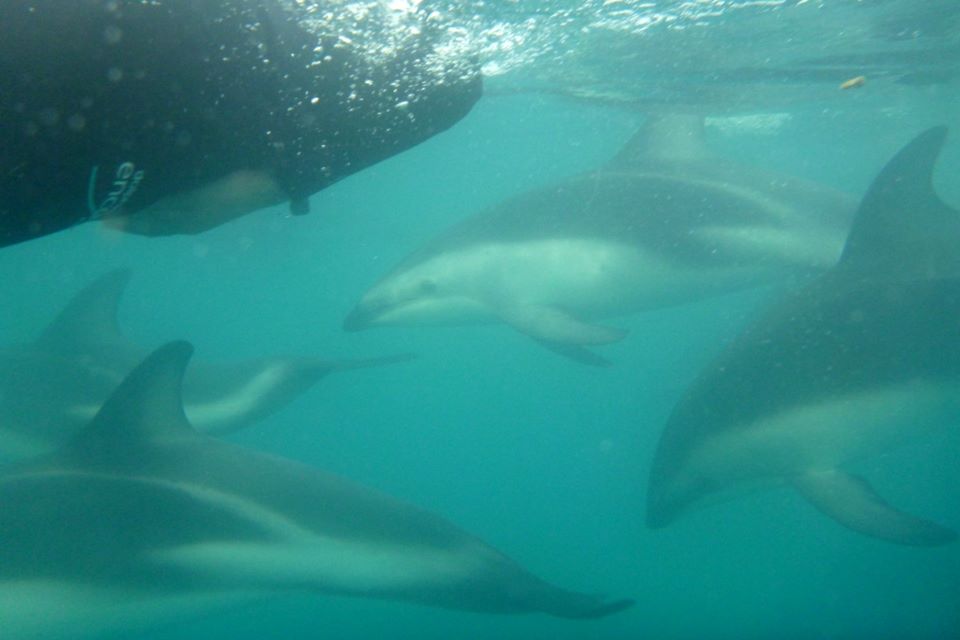 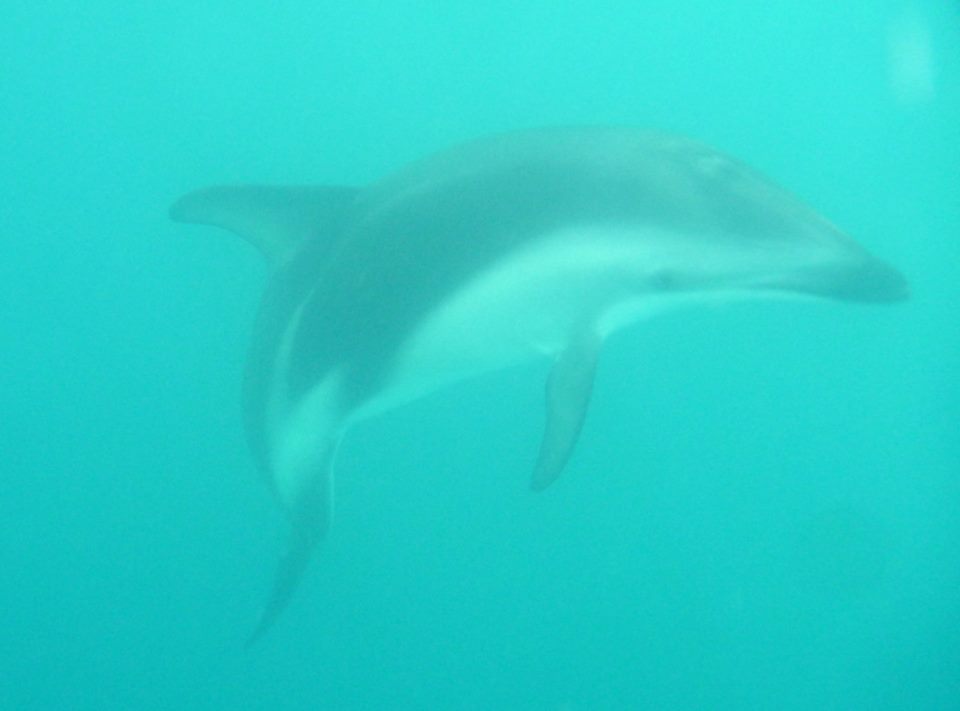 When it’s your turn, do practise clearing your mask because you’ll need to do it often. Maybe it’s the experience, or maybe it’s the dolphins manipulating us with subsonic waves, but it’s hard not to crack a smile in their presence. Seawater will seep in as a result.

Calling this activity “swimming with dolphins” would be a misleading; there was no way we could match their speed and agility under water. We were mere visitors to their world, and clumsy ones at that. Hence, it was great that it was a hands-off experience, one where our ability to influence their behaviour was minimal.

Eventually, they would all swim past us and we had to make our way back to the boat. Everyone was stoked, the sea was relatively calm and not too cold, so we went the head of the pod for another drop! The regulations limited us to five drops, and we maximised that. That said, such “leapfrogging” is a practice that Responsible Tourism discourages. 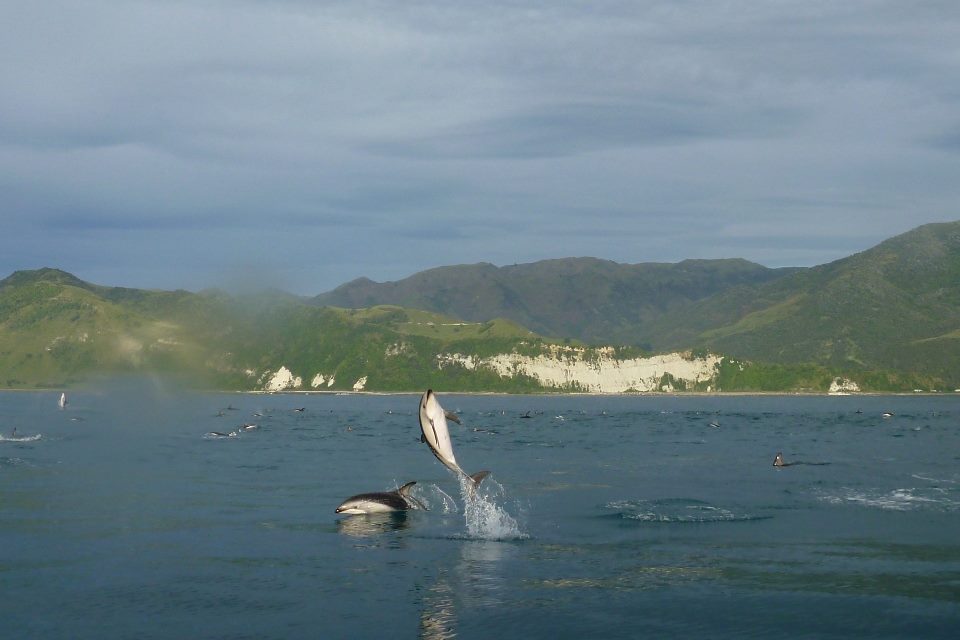 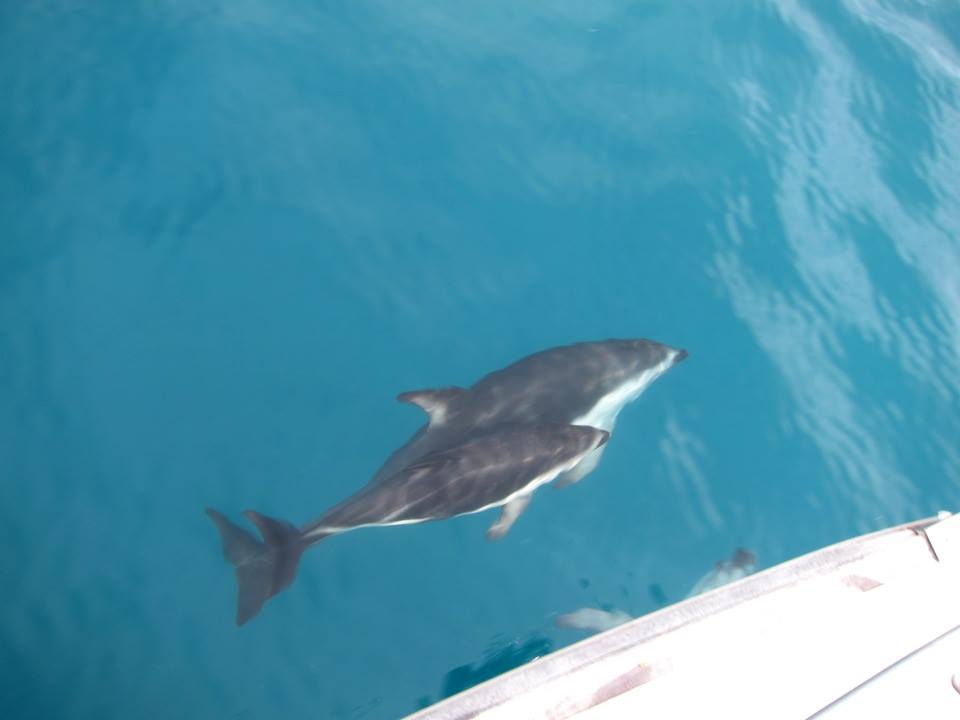 As we headed back to the marina, some of the dolphins rode our boat’s bow wave, enjoying the little push from behind before they rejoined the pod.

The whole encounter was fun while we got carried away. I pondered the things that I remembered animal rights activists said. Maybe we disrupted the dolphins’ feeding or mating activities when we approached them. They could have swum away, but they kept coming back. Each of my trips, two years apart, was as fun as the other, from a human point of view. It’s more than can be said of places where the dolphins have been scared away by irresponsible companies.

READ  The First Singaporean Guide to a NZ Working Holiday

I slept well that night, dreaming of the dolphin song. I will sleep well tonight too.

Kaikoura was badly affected by a magnitude 7.8 earthquake on 14 November 2016. Dolphin Encounter has since reopened for business, but check with the NZTA and plan your trip to avoid getting held up on the road.