We’re a spoilt lot in Singapore. Even though we have to pay ridiculous amounts of money for alcohol, the pubs and restaurants tap and stock a good variety of international beers. People in other countries are surprised to learn that we’ve tasted their craft beers before we’ve even set foot there.

No trip to Belgium would be complete without sampling one of the country’s famous brews, and for every beer that was available back home, there were several more that I’d yet to taste. Finding something unique during my stay in Brussels was easier than expected; a local’s recommendation led me to Brasserie Cantillon Brouwerij.

The Cantillon brewery was founded by Paul Cantillon in 1900. At that time, there were more than a hundred breweries in Brussels; today, it’s the only one left in the capital. It’s close to the centre too, a five-minute walk from the Gare du Midi (Zuidstation), and another 20 minutes from the Grand Place.

It’s a modest place, and it has never moved from the spot since its founding (more on that later). Photos of the founder and his descendants, who still run the show, lined the walls at the reception, and it felt really cosy.

A self-guided tour around the brewery and two samples of beer at the end cost 7 Euros (I paid for it, by the way). Happily, for people like me who like to start drinking early, they open in the morning. Take it easy if you wish though; there weren’t any crowds to beat when I arrived.

Armed with a guide printed on a leaflet in English, I followed the signposted route into the heart of the Cantillon brewery.

If one has been to other breweries, the first part of the tour and the beer-making process would look very familiar. Barley is malted, boiled with hops (which in this case have been aged to lose some of their intensity) and strained to obtain the wort. The old mash tun was quite a sight to behold though. 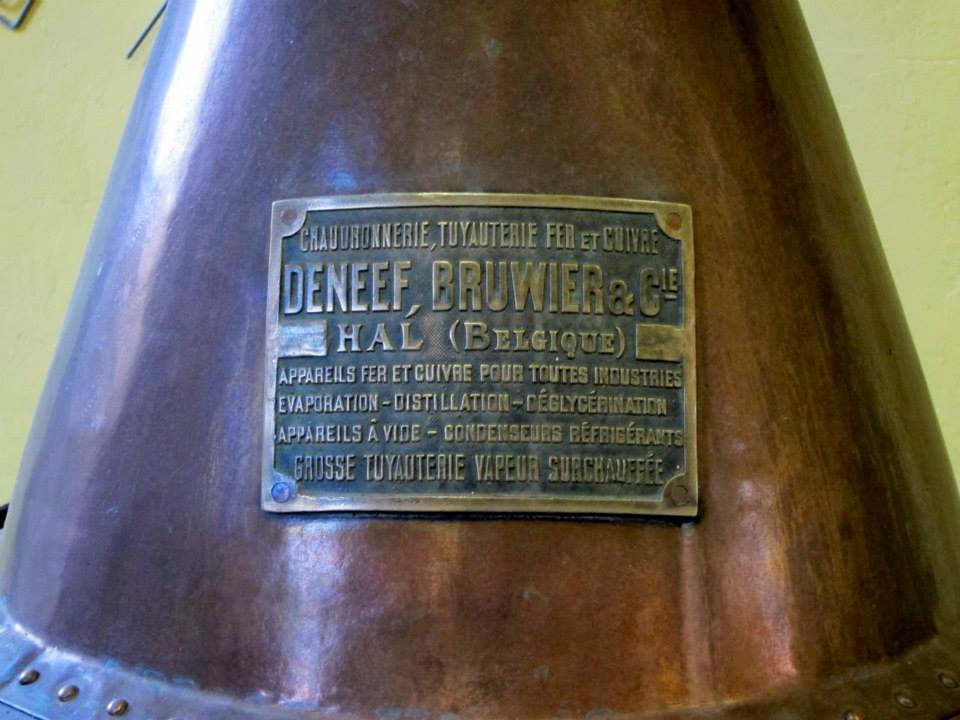 This is where things get very different

Ordinary breweries and even home brewers would introduce a specific strain of yeast under sterile conditions to start the fermentation process. For lambic beers, however, strains of wild yeast are encouraged to ferment the wort and impart flavours.

At Cantillon, the wort is taken to an attic where it is exposed overnight. It’s not a sterile process, so it only takes place during the cooler months to prevent spoilage by unwanted bacteria. The brewery allows spiders to dwell on the premises and keep the fly population in check.

The beer is then pumped into barrels to ferment and age for one to three years, depending on how it will be used. In the meantime, the yeast works its magic. They are endemic to this specific area and hence the flavours they impart are unique to the Cantillon brewery. One could replicate the process in another part of town, but the final product will taste different – not that I’ve tested it out!

There wasn’t any bottling taking place during my visit, so that marked the end of my tour of the brewery.

If one has tasted the sweet, exported lambic beers from Timmermans or Lindemans breweries, throw the thought that Cantillon’s beer might taste like them out of the window. The burly chap at the reception warned that lactic acid is one of the products of the fermentation process; Cantillon does not disguise it with syrup or sweeteners.

READ  Sights You Must Catch During Gentse Feesten

First up was the gueuze, the result of mixing young and aged lambics and allowing the mixture to ferment further in the bottle. The amber beverage was very tart, not unlike a Greek yoghurt. I like yoghurt and sour passion fruit, but my untrained palate wasn’t able to pick out the other flavours. Gueuze proved an acquired taste at best.

Perhaps my initial experience with the gueuze helped, but I found the kriek more palatable. It’s made by soaking sour cherries in young lambic for three months until the only a fizzy cherry-red drink and the stones remain. The aroma and flavour of the fruit balanced the tartness somewhat. I could imagine drinking this chilled on a hot day.

There are worse ways to spend 7 Euros and an hour in Brussels, but that would be an unkind way to sum up my time at Cantillon brewery. It’s really a living museum, an eye-opener for fans of beer and people after unique things. The unique process, product and experience stand out among the thousands of brewery tours that are available across Europe.

« What to See in the Iron-Age Village of Biskupin » Can a Dolphin Encounter be Ethical and Fun?