It’s difficult to discuss a site such as Majdanek in Lublin, Poland, where the Nazis built a concentration camp during World War II. After all, I’m a non-European born two generations after the events. However, my experience there affected me enough to try to share it as sensitively as I know.

Contents Show
1 Where is Majdanek?
1.1 What happened there?
2 Walking around Majdanek
2.1 Exhibits
2.2 Majdanek Mausoleum

Unlike similar sites across Europe, Majdanek concentration camp was not built in the countryside but within the limits of a major city. Tragically it also had to be a city that was a major Jewish centre for 600 years. Lublin also had the world’s largest Talmudic school before the Holocaust and post-war pogroms decimated the community.

The mind can scarcely handle scenes of crimes against humanity when they are isolated. Majdanek’s proximity to the houses on its perimeter and the city centre makes it impossible to swallow. It is 40 minutes from the old town, which in turn is visible from the grounds. How did anyone see it fit to put such atrocities in plain sight?

By the time Majdanek was liberated by the Red Army in 1944, 150,000 people had passed through its gates. Nearly 80,000 of them were killed. In their hasty retreat, the Nazis left most of the buildings intact. These still stand today as a reminder of their atrocities. In a sick twist, the liberators also used the camp to incarcerate Polish nationalists and resistance fighters before deporting them to Siberia. 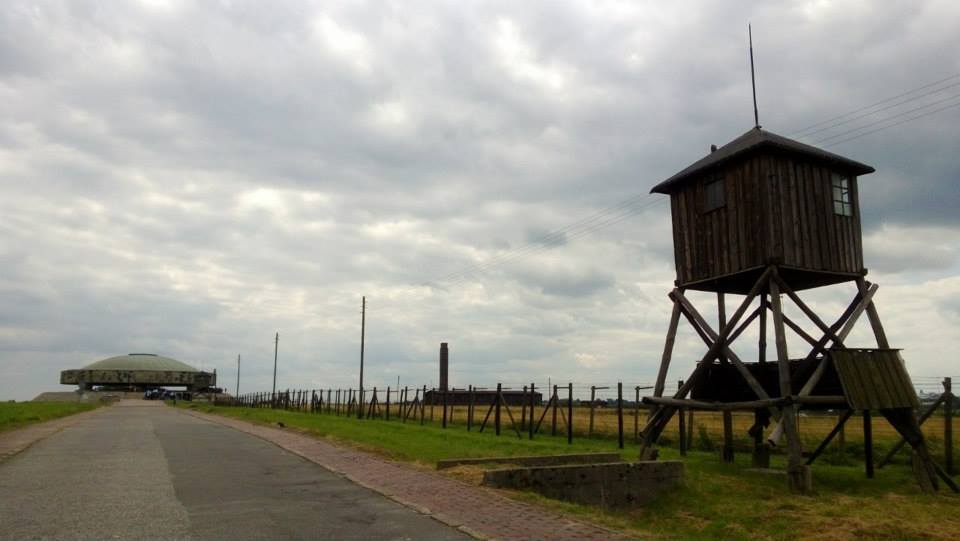 It takes two to three hours to walk around what remains of the camp: the museum at the entrance, a few camp offices near the main street, the workshops and gas chambers to the west, the crematorium and the mausoleum to the south, and several barracks in the middle of a field.

Having been to the Auschwitz-Birkenau, which is 90 minutes from Krakow, certain comparisons emerge. Majdanek is smaller in size and sees fewer people as it is not near a popular tourist destination. However, both sites are equally quiet. The scale of the crime and the evidence on display simply stun everybody into silence.

The mounds of human hair, the gas tanks, the implements and the testimonies were exhibited for all to see in the barracks and workshop. They painted a world where suffering, death and dehumanising treatment were routine. Among the various descriptions, one fact stood out. Some of the cruellest female camp guards were stationed here. They were sometimes even more brutal than their male counterparts.

Walking through the rooms where people were gassed or de-loused was a very uncomfortable experience. A certain sadness seemed to linger within the rooms and it made me want to spend as little time inside as possible. The visit to Auschwitz only a few years ago gave no immunity; the realisation that I hadn’t been desensitised offered no comfort.

The most prominent feature of the present-day camp is the mausoleum. Under the dome, open on all sides, lay a mound of grey ash, the gathered remains of people who were killed, cremated and scattered around the camp. Only a low wall separated us, the living, from the deceased. There was no barrier to separate the exhibit from the viewer. We shared the same space and the same air.

No installation had ever unsettled me as badly as this.

The long walk back to the entrance everything a chance to sink in; I doubt I could have taken more. No one leaves a place like this unshaken.

Lublin is worth visiting for reasons other than this tragic site. It is even more important, however, that we remember history’s darkest moments. The least we could do to honour the memory of the victims is to prevent anyone else from going through these horrors again.