Cycling to the Meteorite Craters of Saaremaa

Off the western coast of Estonia lie many islands, and the largest one in the archipelago is Saaremaa. It’s a good starting point for describing Singapore to Estonians – tell them to imagine housing 5.5 million people on one-third of the island’s area, with space for a rainforest! Only 39,000 people live in little cities and villages scattered throughout the countryside, making it perfect for an idyllic break.

Cycling to the craters from Kuressaare

The island’s biggest city Kuressaare is popular as a holiday and spa resort, but it’s definitely not crawling with visitors like the capital Tallinn. Beyond the tourist office, accents are heavier, and I sometimes had to speak English a little slower. Still, one won’t miss anything here and it’s as connected to the internet as any other place in Estonia. It’s also very flat and easy to walk around, with the episcopal castle, which pre-dates the 450-year-old city, being the main attraction.

Here’s another fun fact that attracted me to the island: Estonia has the highest density of meteorite craters in the world, and in the village of Kaali, there is a cluster of craters which are estimated to have been formed between 4000-7600 years ago. They are the only ones in the world that can be found in a populated area. Being just 20km away from Kuressaare they were quite accessible to me – provided I had personal transport.

The town’s bike rental shop was closed for the weekend, so I had to settle for a heavy bicycle with a basket from the hotel near the castle. It was more appropriate for a ride around a Dutch city than a marathon-length journey, but it’s a beautiful day and this was my only chance! At least there were cogs on the rear wheel to make it a bit easier. With a camera, a map and some water in the basket, crazy old me set off for the countryside. And what a scenic ride it was! 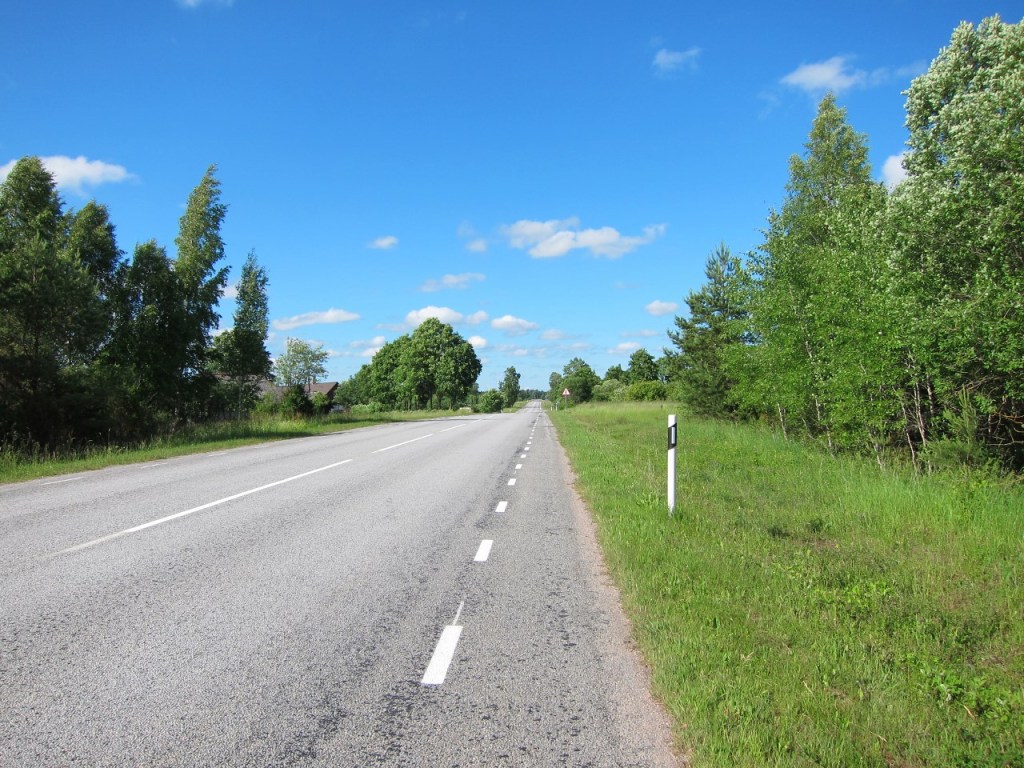 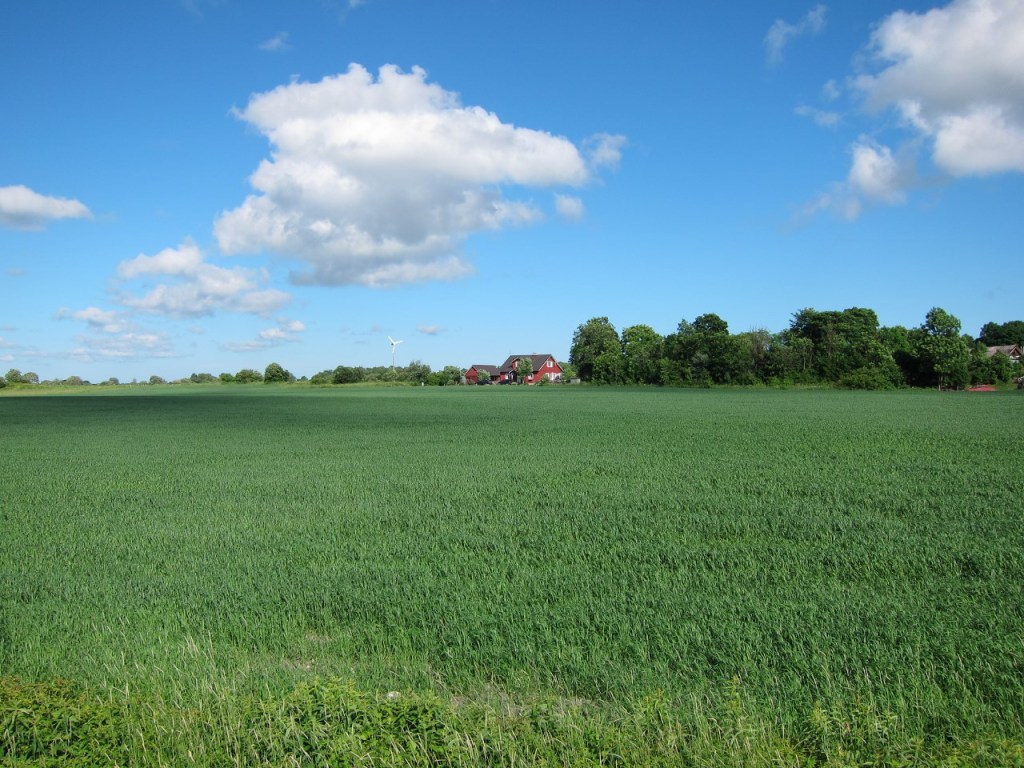 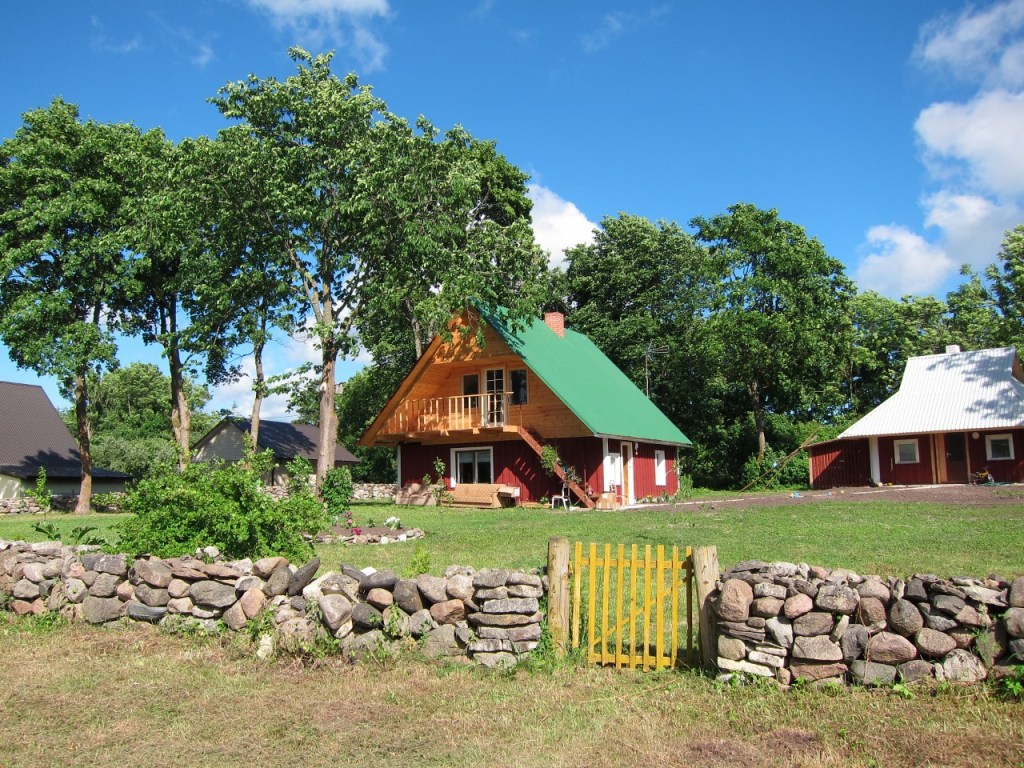 The road to Kaali

I took the road to Leisi, which is quieter but longer. With this little traffic, the drivers were able to give me a wide berth. Whether that had something to do with the way I was fighting the bike, I’ll never know. The route is well signposted, and one just keeps going until the Kaali turn-off sign appears. Make a right turn, cycle for another 3km until you see this sign and turn left into the village.

Then climb a little staircase near the school and the oak tree that former presidents Meri and Halonen (of Finland) planted. The pond is the main crater. It’s remarkable how there aren’t any plants growing out of the middle of the water after so many millennia. One can walk around the rocky edge of the pond as I did, but beware the mosquitoes!

If it weren’t for biting insects, it’d make a great place for quiet contemplation. I met only a group of seven visitors and another cyclist, all locals, and the latter had a fascinating description of the people on the neighbouring island of Muhu. Their eyes shine like the moon, he said. 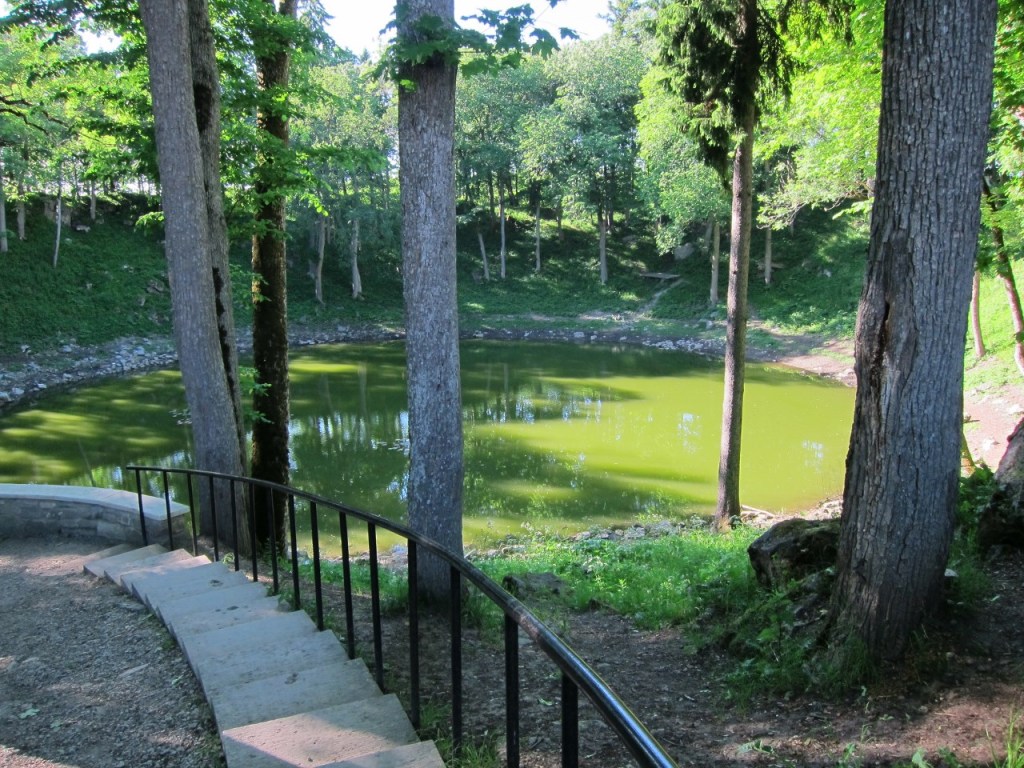 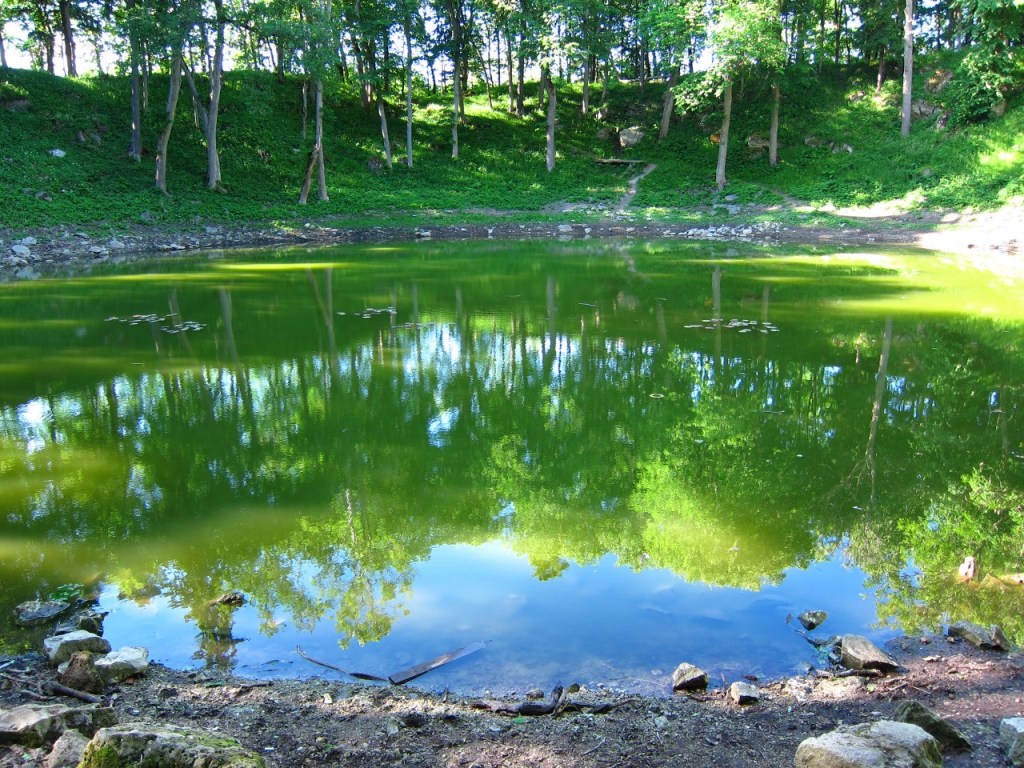 There is a map that shows the other craters in the nearby fields and woods – go and track them down! I planned to return to Kuressaare before dark to have dinner (who am I kidding, it stays light for a very long time in the summer), so I didn’t.

Fatigue and a chilly headwind conspired to make the return ride 40 minutes longer, however. It was excruciating; by the time I reached the edge of the town, my legs had turned to jelly. At least it forced me to appreciate the countryside at a slower pace. And for the next few days, I had a curious walking gait!

READ  Viru Bog: A Taste of the Estonian Wilderness

Kuressaare is a 4-hour bus ride from Tallinn, including a 20-minute cruise across the sea. Buses leave Tallinn bus station every day. Tickets on Lux Express start from 5 Euro.

If you can drive and want to see more, however, rent a car and book a space on the ferry from Virtsu. The sights that are scattered across Saaremaa and Muhu (the two are linked by a causeway bridge), such as the sand dunes in the south, windmills, lighthouses, and farm stays, are short drives from one another and it’ll also save you a massive saddle sore.

« How to Spend a Day on Suomenlinna » World Colours – Orange