A Quiet Sunset Over Phnom Krom

The peak season had just begun when I arrived in Siem Reap, Cambodia last November. I knew from experience that the usual popular spots for sunset at Pre Rup and Phnom Bakheng would be packed. There was no way I was going to jostle with ill-mannered tourists again. Instead, I took a ride to Phnom Krom, a hill on the edge of the lake known as Tonle Sap.

Just minutes into the journey, I was passing riverside villages, traditional stilted wooden houses and paddy fields. I could see as far as the mist allowed, and there was little of it in the air. Before long, my destination – a giant, lonely karst – emerged in the distance. The village of Chong Kneas at its foot was bustling with preparations for a feast, accompanied by loud Khmer pop songs.

The climb to the top was a steep one that should only be attempted by the moderately fit – or the mountain goats that inhabit the site. However, even just half-way up Phnom Krom, the views were spectacular. I could see most of the village on one side. On the other side, the paddy fields extended as far as the eye could see. Water buffalo grazed on the slopes nonchalantly, leaving little “obstacles” behind them on the path. 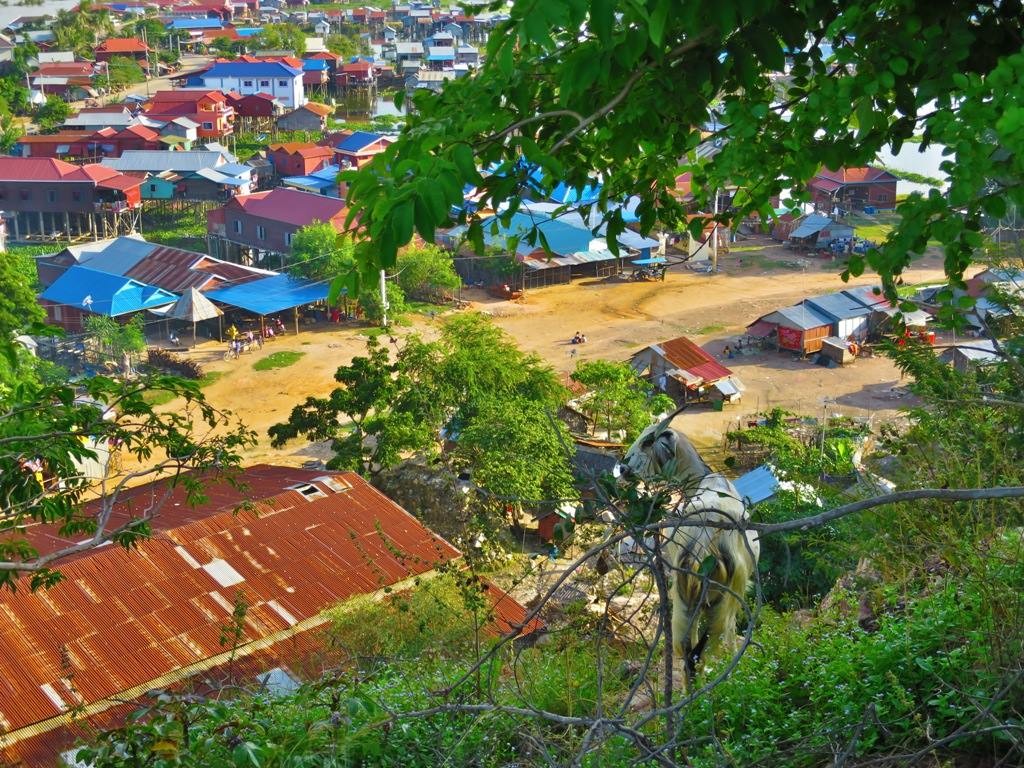 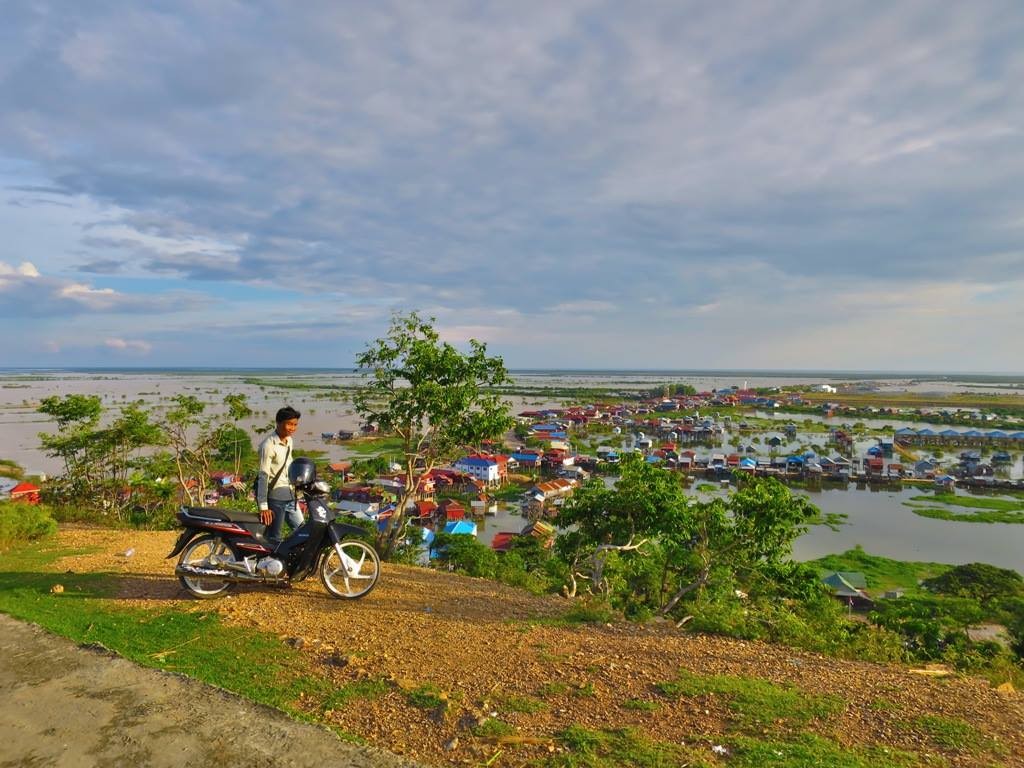 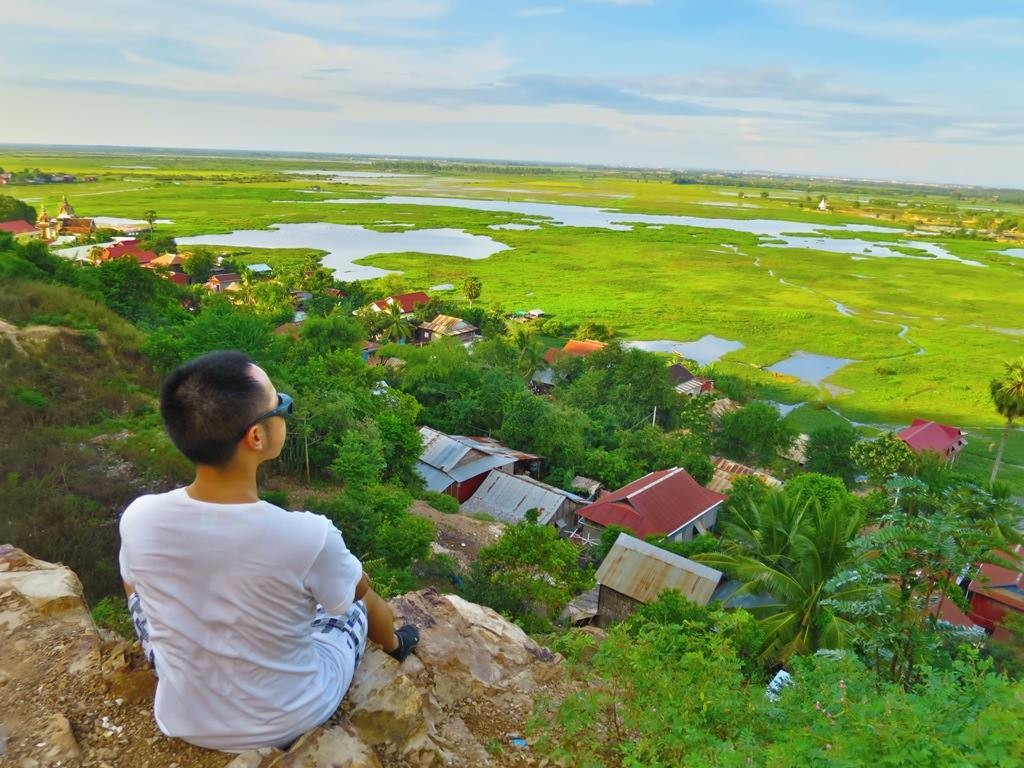 The ruins of a small temple complex stood a few metres from a handsome monastery. They were a long way from becoming as popular as the fully-restored ones at Angkor, however. Swifts darted in and out of the doorways, a reminder that Nature hadn’t completely given up on reclaiming the buildings. 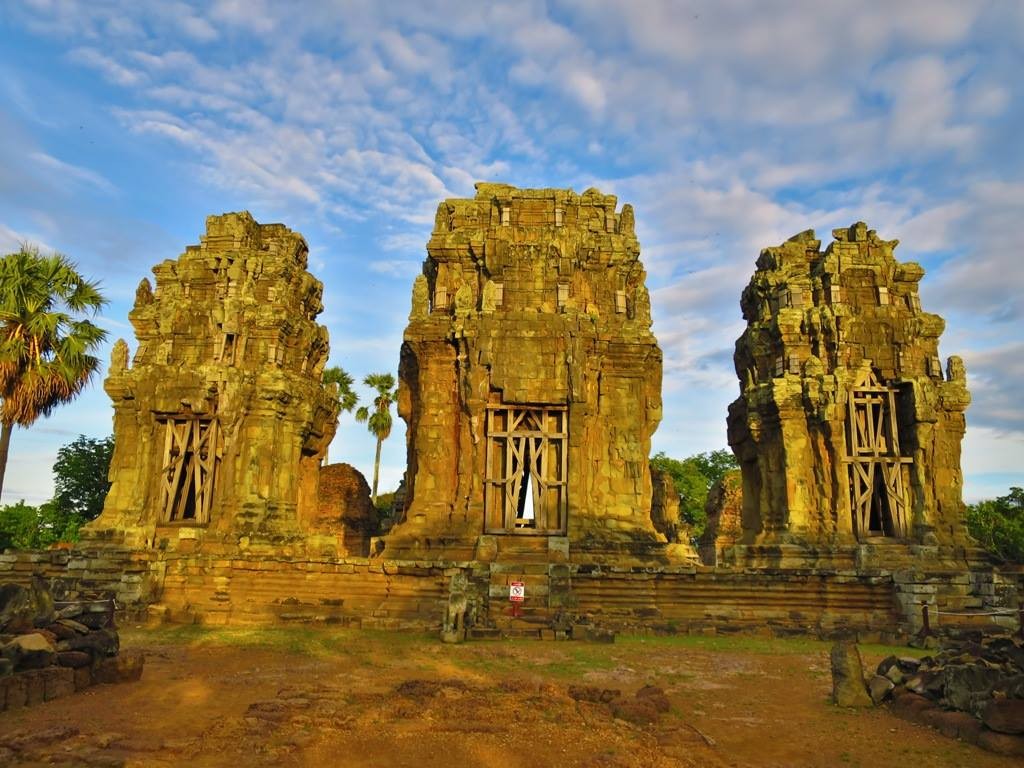 I followed a promising path through the bush near the southern tower and took a few careful steps down the steep slope. Looking up, I was rewarded with a view of the sun setting over Tonle Sap. It was early November, the end of the rainy season. The greatly swollen lake stretched from under the houses of Chong Kneas below to the horizon. From this distance, the village looked a lot prettier than it did up close on the dreaded boat tours. Soft golden sunlight seems to make everything look better. 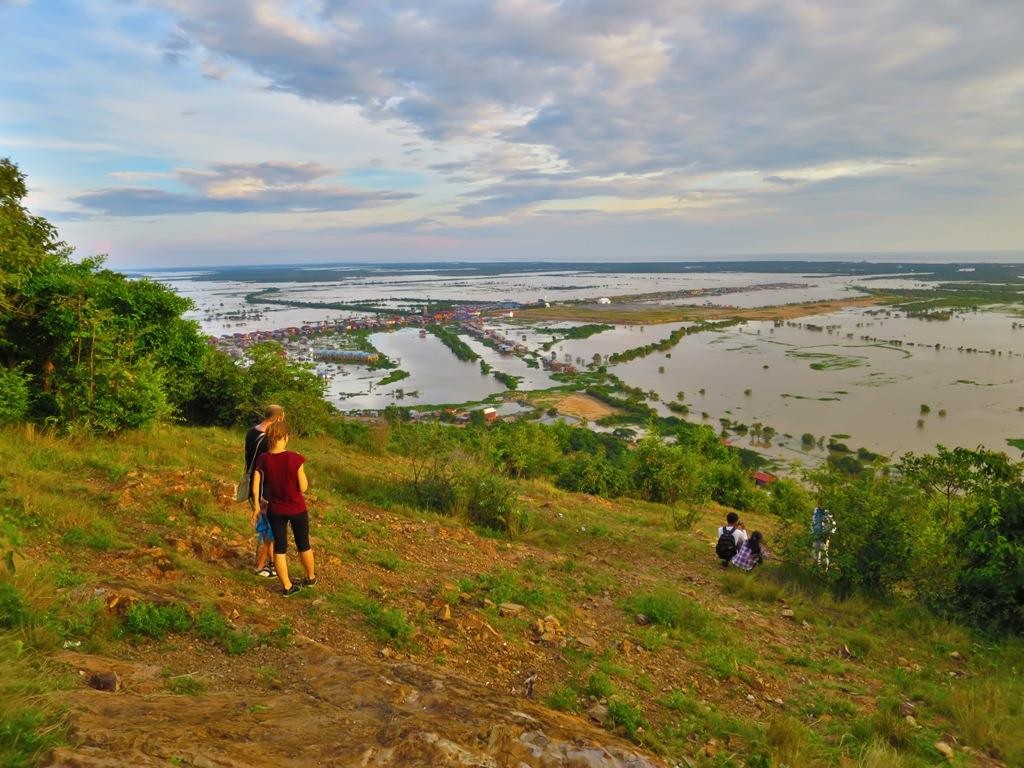 I could count the number of people around me with the fingers on my hands. There were just a few couples who perhaps should have got a room, but the absence of the following made the experience a lot more pleasant:

If I were to create an ‘Expectation vs Reality’ meme, Phnom Krom, with its temple ruins overlooking a rural village, would be everything one would expect of a Cambodian sunset scene.

Looking for another quiet Angkorian site to explore? Try the Roluos group of temples 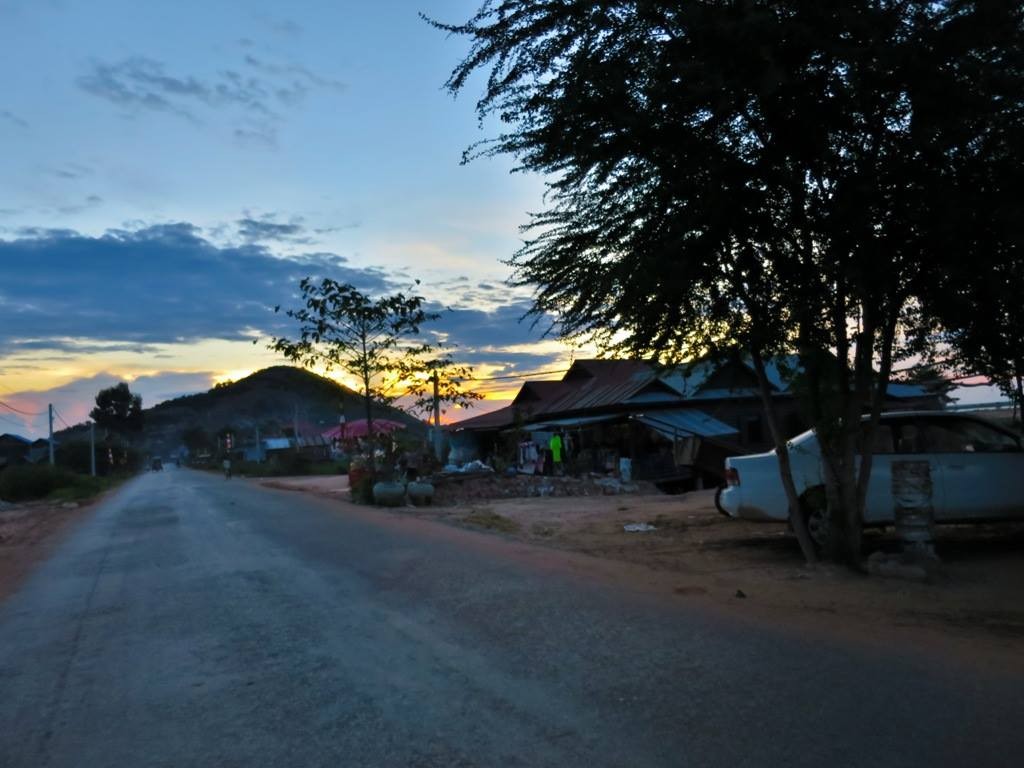