I have not written much about my time on the North Island in New Zealand, apart from the Koutu boulders, even though I spent 10 weeks there on my working holiday. Three weeks were spent in Auckland, making it the longest time I spent in a single place after Christchurch, and it was really difficult to miss the Southern Hemisphere’s tallest structure (for now).

The 328-metre Sky Tower is one of Auckland’s most popular attractions, and like the Eiffel Tower, the Space Needle, Cristo Rendentor and other iconic structures around the world, it makes a great reference point to take one’s bearings from. I couldn’t help but look for it whenever I got a great view of the city, and I took too many photos from different spots on the map.

Like the other places mentioned above, one can take a trip to an observation deck near the top. There is an uninterrupted view of the city and the islands of the Hauraki Gulf to be had. On a clear day, one can see as far as the Coromandel Peninsula.

Personally, I’m not a fan of that. Everywhere in the world, people readily part with their money for a view from the highest point in the city. However, that’s also the only place where you cannot see the very thing that makes the city recognisable. I’d rather go up the next highest building for less, get a view that is almost as good and still be able to spot the landmark.

If one still wants to make the trip though, discount coupons for tickets can be found in tourism guides. Pick them up at the airport on arrival or from the tourism office. Spendthrifts who feel like wearing an orange jumpsuit can also go for a walk around the outside or do a base jump.

I may have spent absolutely nothing inside SKYCITY, but it’s still a pretty addition to the city, especially in the evenings. Did I mention that I took too many photos of it from the ground? Auckland’s topography makes it look even more dramatic as the buildings seem to fall away under it. 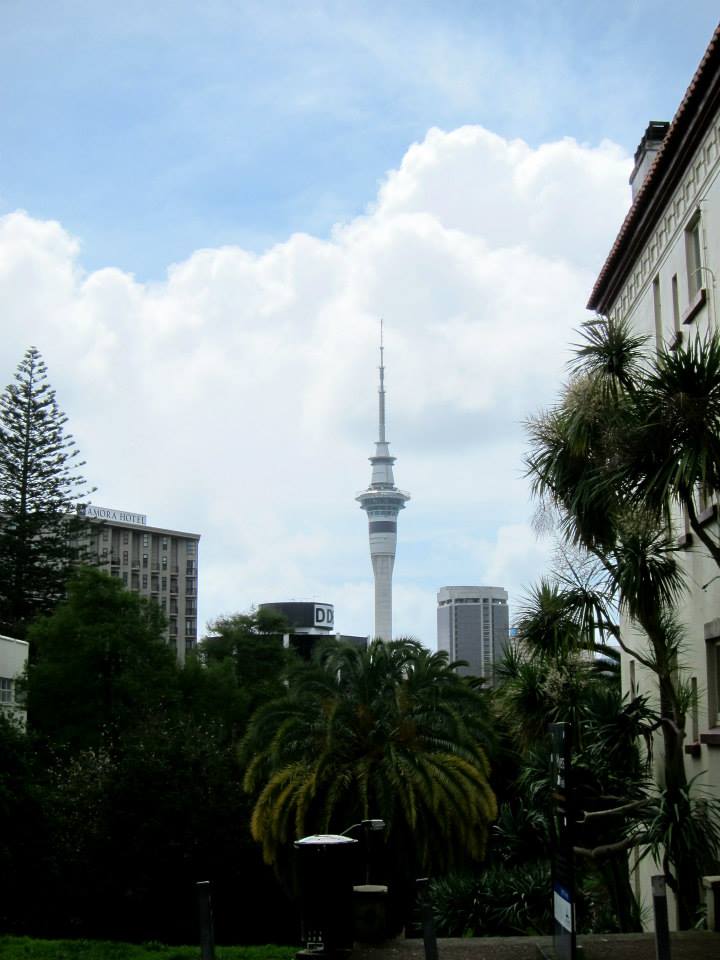 The tower in Christmas colours 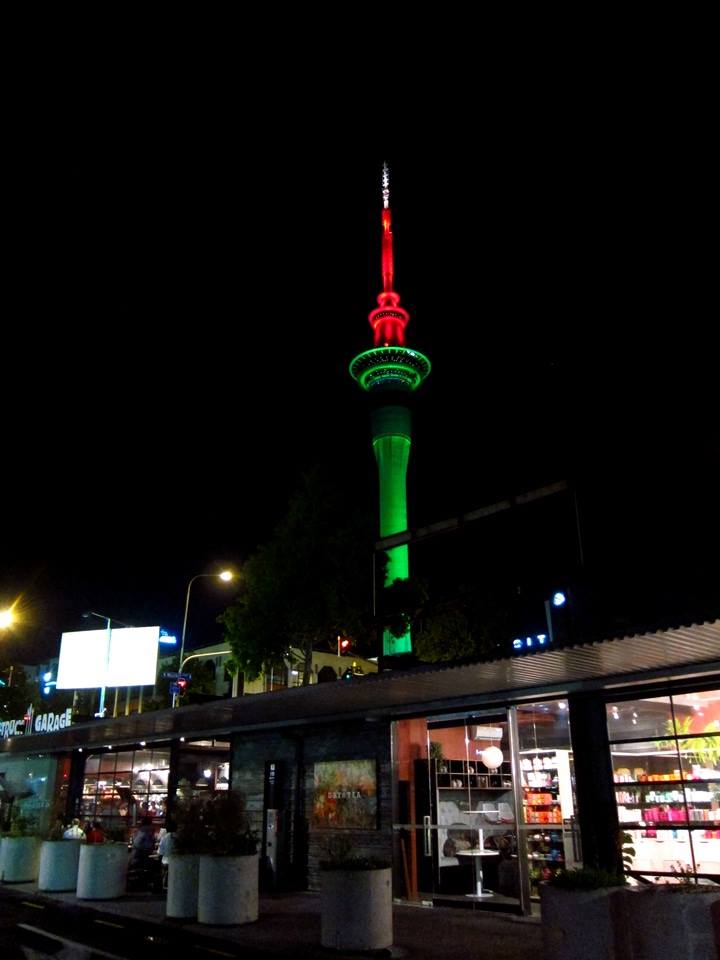 The view from Ponsonby 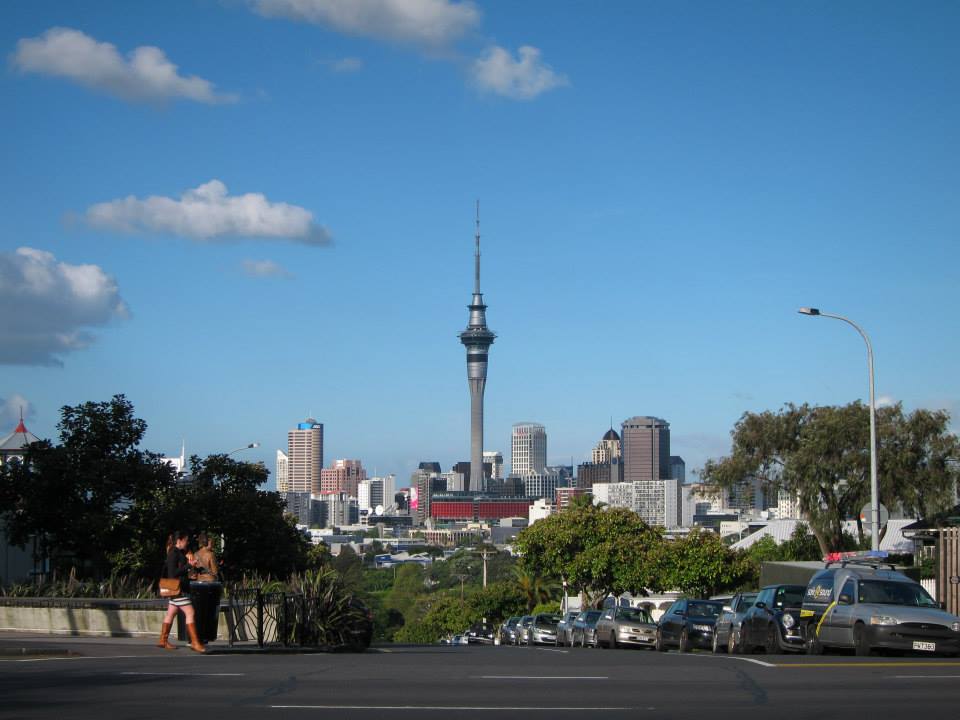 The view from Viaduct Harbour 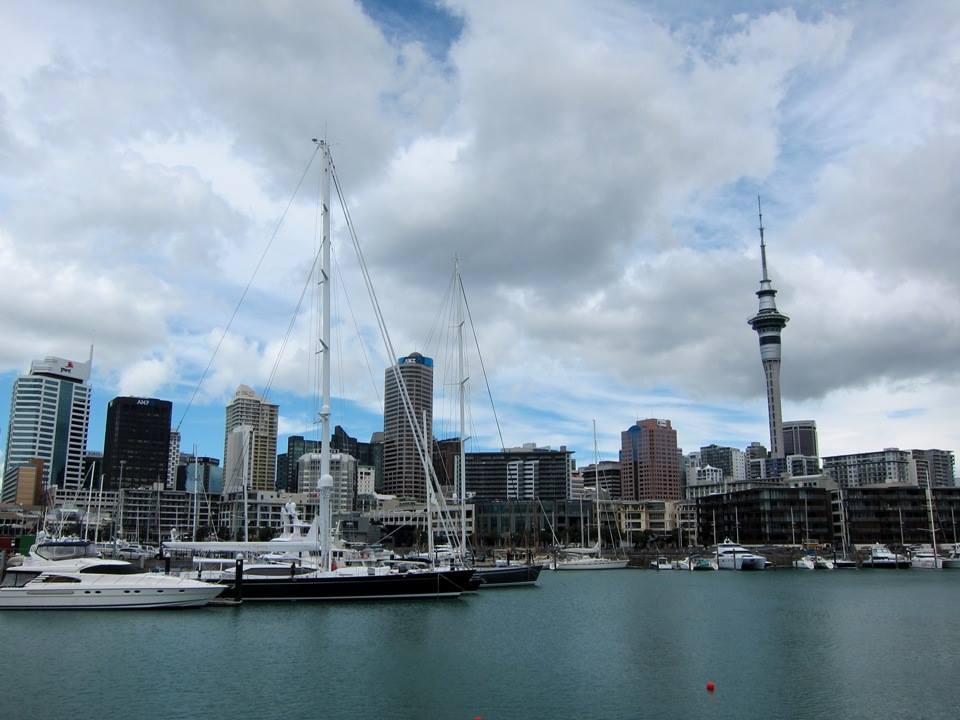 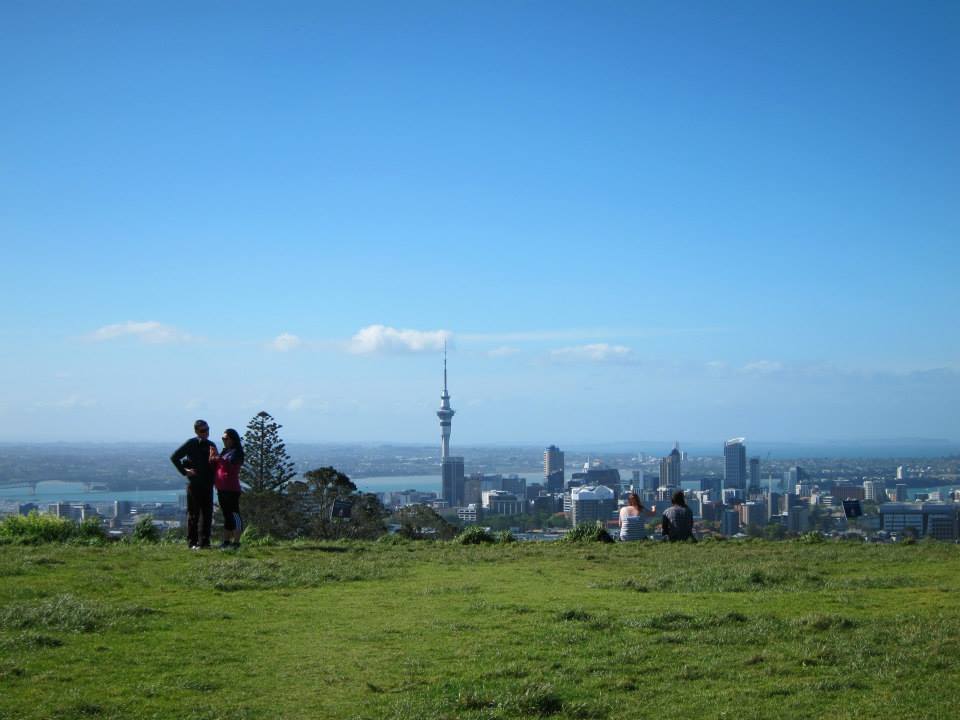 The view with Rangitoto in the same frame

And across the strait from North Shore 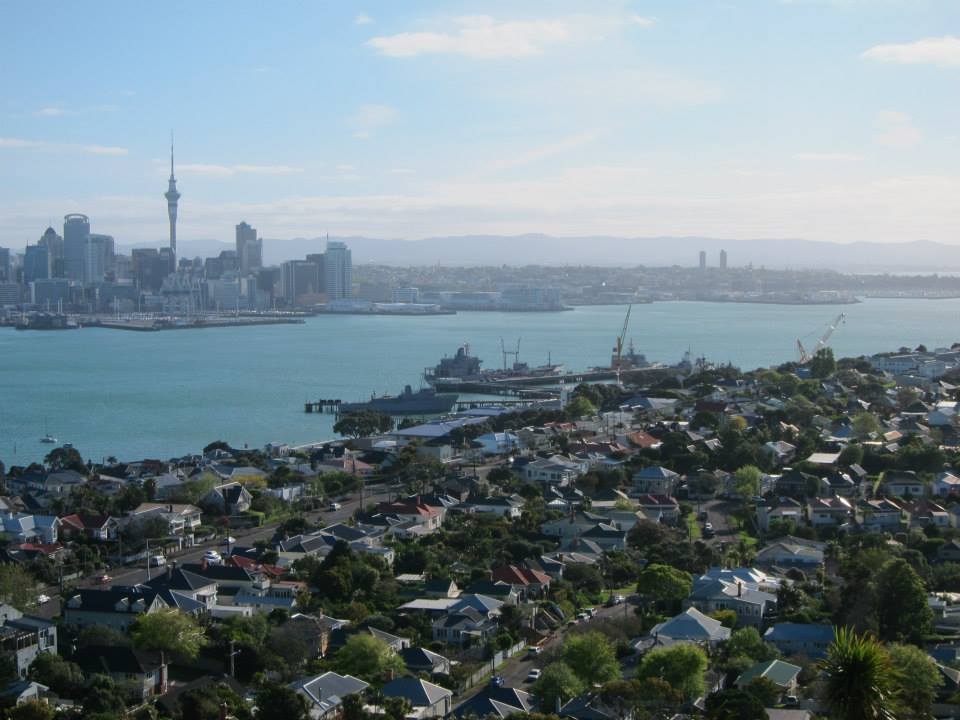 Do you prefer the view from the inside of a landmark, or would you rather see it from the outside?